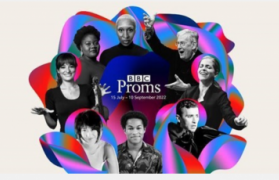 Crouch End Festival Chorus are singing in the opening night of the 2022 BBC Proms as well as featuring in the new movie about the Oscar-winning Italian film composer Ennio Morricone.

The choir will join the BBC Symphony Chorus and BBC Symphony Orchestra at the Royal Albert Hall on July 15 2022 for a performance of Verdi’s Requiem under the baton of Finnish conductor Sakari Oramo.

The chorus, which sang in Morricone’s final performance in London in November 2018 before his death in July 6 2020, appear in the film “Ennio” which celebrates the life and works of the prolific Italian composer who wrote over 500 scores for film and television. 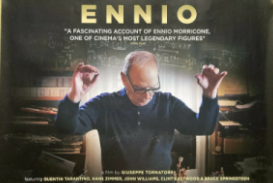 Morricone was a patron of the choir and musical director David Temple is taking part in a talk about the composer at the Crouch End Picture House on May 2 2022 before the film is shown.

“I am proud to say Crouch End Festival Chorus was Morricone’s favourite choir in the UK and we absolutely loved working with him” Temple said. “I am looking forward to the movie.”

”We have performed multiple times at the Proms before but, after the enforced break from live performances because of Covid, the choir and I are especially excited to be part of the opening night again.”

Temple will be conducting the choir in their next concert at the restored Victorian theatre in Alexandra Palace on May 8 2022– a performance of Vaughan Williams’ A Sea Symphony, Poulenc’s Gloria and a special arrangement of Rani Arbo’s Crossing the Bar.

Tickets are available to purchase here.