The first ever concert by Crouch End Festival Chorus at Manchester’s prestigious Bridgewater Hall was broadcast live on BBC Radio 3 on 16 February 2019. 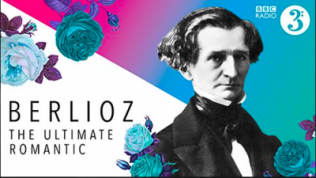 The choir joined the BBC Philharmonic orchestra, which is based at MediaCityUK in Salford and performs regularly at the venue, for a performance of Hector Berlioz’s last opera Béatrice et Bénédict under the baton of GRAMMY-winning French conductor Ludovic Morlot.

BBC Radio 3 marked the 150th anniversary of Berlioz's death with a weekend-long musical celebration of his greatest works. The Manchester concert was broadcast live on BBC Radio 3.

The choir has performed in other arenas in Manchester with Noel Gallagher’s High Flying Birds and with award-winning movie composer Hans Zimmer, who are both patrons of the choir, but this was the choir's first major classical concert in the city.

Béatrice et Bénédict is based on William Shakespeare's comedy Much Ado About Nothing. The composer described the opera as 'a caprice written with the point of a needle' and it showcases some of Berlioz's most glittering music.