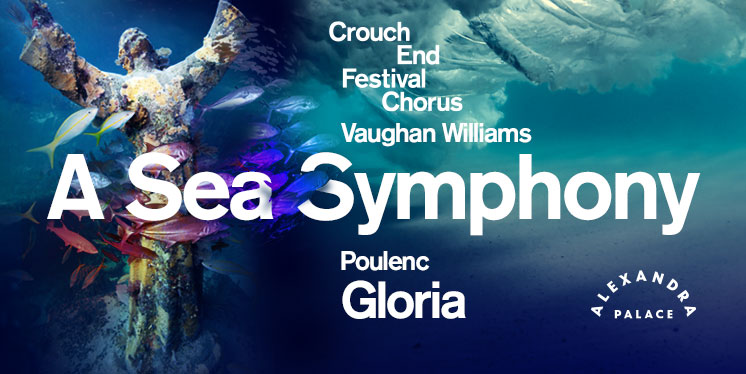 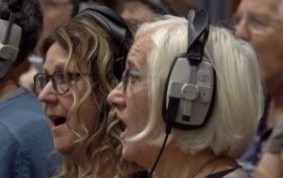 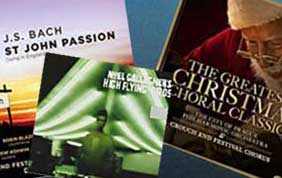 Our recordings - listen now and browse our music shop 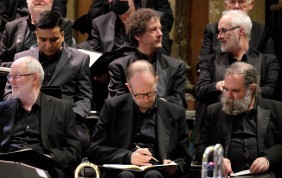 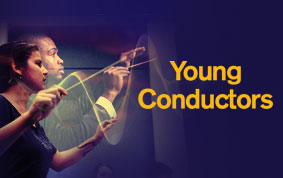 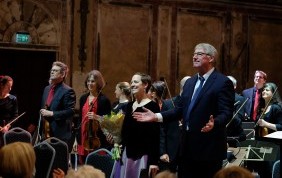 Support music-making. CEFC is a charity and relies on the generosity of music-lovers like you. 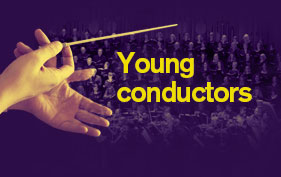 Two talented young musicians who are passionate about conducting will join us from September 2022 on the third year of our Young Conductors Mentoring Scheme.   Seven musicians, shortlisted from 22 applicants, were invited to audition for the scheme. They were asked to prepare extracts from two pieces of music (Beethoven Mass in C and Bernstein Chichester Psalms) and conduct a choir of 24 Crouch End Festival Chorus singers. The successful conductors are 26-year-old Klaudia Zajac and Daniel Rodriguez Tijaro, 25. Klaudia Zajac was born in Poland where she obtained a BA in Music (Krakow Academy) before obtaining a Masters in Choral Conducting (Royal Conservatory of Brussels). Since then, she has worked as a conductor with several choirs and orchestras such as Nova Era Vocal Ensemble (Portugal), Hochschule Hannover Concert Choir and Orchestra (Germany), and North Czech Philharmonic (Czech Republic). Klaudia is currently working with three choirs in Brussels. Klaudia said: “I am so pleased to have a place on the next Young Conductors scheme with Crouch End Festival Chorus and David Temple. One should never stop learning and so I am impatiently looking forward to learning from such a great conductor.” Daniel Rodriguez Tijaro was born in Colombia, where he obtained the Order of Merit when graduating with a BA in Music and Choral Conducting (Javeriana University of Bogotá, 2019). He was Assistant Conductor with the Javeriana Chamber Choir and Cantoría Infantil of Colombia, before being appointed Musical Director of the Gaitana Representative Choir in Fundación Nacional Batuta (2016-2021). He was recently awarded a MA in Choral Conducting at the University of Birmingham. Daniel said: “I cannot express how grateful and thrilled I am to be part of this extraordinary mentoring scheme. The mentoring from David Temple will change my life positively, I am sure of that. Crouch End Festival Chorus is an amazing choir to be associated with and to have the opportunity to learn new skills which keep changing people lives through choral music. I am prepared to give my best, to explore and, why not, to share a small pinch of that Colombian ‘flavour’ that I proudly carry wherever I go!” The young conductors will work with Crouch End Festival Chorus, one of Britain’s leading symphonic choirs. The choir has a reputation nationally and internationally for innovation, versatility and an eclectic repertoire, which is regularly demonstrated in concert halls, arenas and recording studios in our own promotions and in commercial engagements. The two selected musicians will have free mentoring sessions for an academic year with conductor David Temple, MBE. This will consist of two sessions with David each month, and the opportunity to help David take some choral rehearsals. In addition, the musicians will have the opportunity to attend a half-day conducting workshop with the choir to practice their skills. The scheme is open to talented and committed musicians aged between 18 and 35, from any background and with any level of training, who want to make conducting, especially choral conducting, their career. Alumni from the programme are forging successful conducting careers.   Applications for the 2023-24 programme will open in early 2023.   More news Crowning glory The first year Crouch End goes to Hollywood
Read more