Peter Jaekel is the choir’s principal accompanist and has worked across a wide range of musical genres, both nationally and internationally.

Born in Gloucester, Peter entered the Royal Academy of Music in 1985 where he studied piano accompaniment with Geoffrey Pratley and David Willison, and organ with John Scott. 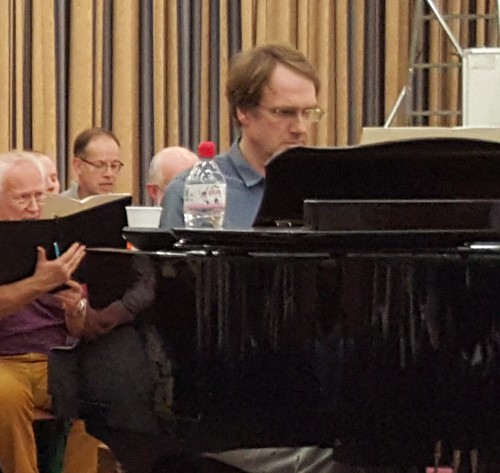 For seven years he was chapel organist at Bradfield College, Berkshire. Since 1997, he has been a freelance organist and piano accompanist.

He is a deputy accompanist to the London Symphony Chorus, where he has worked with some of the world’s finest conductors, including Sir Colin Davis, Daniel Harding and Yan Pascal Tortelier. He is repetiteur to North Herts Guild of Singers, accompanist to Hertford Choral Society, and regularly plays for other choirs in the South East including Brighton Festival Chorus.

He has been organist of St Paul’s, Knightsbridge since 2000 and performs as pianist with the Ben Sanders Scottish Country Dance Band throughout Britain and abroad.

Peter is in huge demand as a piano accompanist. He has accompanied the cellist Julian Lloyd Webber and the saxophonist John Harle. He is also much sought after as a vocal coach for contemporary music. His repertoire includes operas by Sir Michael Tippett, Jonathan Dove, Stephen McNeff and Tansy Davies. He is principal repetiteur for Eastern Opera and has also worked for European Chamber Opera.

Engagements have included performances of Handel Organ Concerti and the Saint-Saens Organ Symphony, and he has appeared at the Swaledale, Ryedale, Brighton and Deal Festivals. His work has taken him to France, Belgium, Spain, Italy, Portugal, Hungary, the Czech Republic, Norway, Hong Kong and New York. 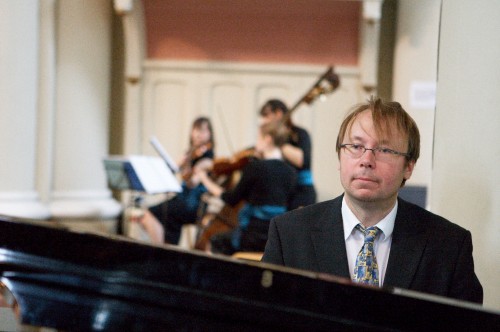 He has received over one hundred commissions, and his works have been awarded composition prizes in Bulgaria, Canada, Croatia, New Zealand, Poland, Russia, Spain, Switzerland, the UK and the USA.

Paul conducts City Chorus and the London College of Music Chorus, accompanies Concordia Voices.  He has led many music education workshops for children, and played piano for improvised comedy shows and musical theatre.